I shot this musician last year in Madrid (Spain) in a park.

In generell the Spanish seem as if they knew how to enjoy life – they hang out in bars or restaurants all the time and have fun with their friends and family, some go for party every night.

It was December when I have been there and it was still quite warm and sunny so I was walking around the city, sitting outside in nice cafes and enjoy the Spanish lifestyle. But this is just one site of the truth.

Although most people there seem as if they do not have to worry about anything, there are also a lot of homeless people in the streets of Madrid. The men on the picture did not seem very happy and wealthy either.

Whenever you see pictures about Cuba you might see nice old cars, impressive colonial buildings or happy cubans dancing salsa and singing. Well all this can definitely be found on Cuba for sure, but if this is the only thing you see about the island you just know the half of the truth.

If you think about Cuba…

…you may imagine a lot of rum and cigars. But no one tells you that the rum is almost cheaper than water and how many alcoholics there may be.

…you may think that everyone drives a cool old-timer car. But you do not know that there are even more people that cannot afford any car and have to walk instead.

…you may believe that there are great old colonial buildings wherever you go. But if you leave this one street that is made up for tourists there are people living in ruins and poorly build houses.

..you may imagine the cubans as happy people that are dancing and singing all the time. But no one sees what is happening behind closed doors. 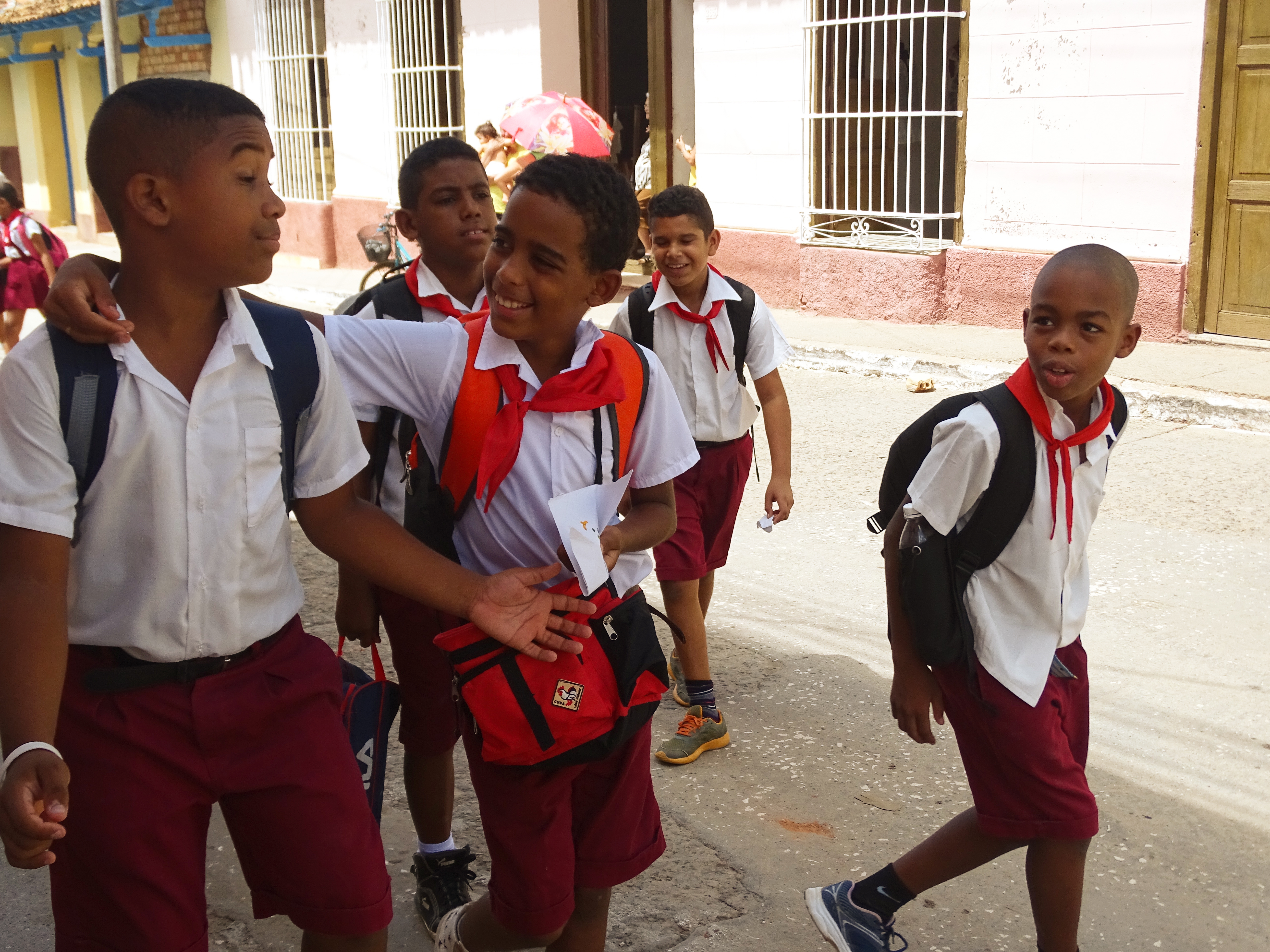 Julio Muñoz is a street photographer in Trinidad (Cuba). When I read about him in my guidebook I wanted to meet him as soon as we got there.

Whenever I travel I really love taking photos walking around foreign streets and places. Taking photos of local people during that is the most interesting thing.

Therefore I took some photography lessons with Mr. Muñoz and they were really helpful. He showed me how to combine different settings on my camera, how to create interesting composition s and strategies to get a good shot on the street.

After the workshop I took even more pictures than normal and I think this is one of my better photos. It shows some boys kidding around on the way back from school. I really like their uniforms and their facial expressions.

In Cuba education is free, even university. But when I talked to a local guy he said that education is not really worth anything, because many people do not get a job after graduating. And even if they get a job, they will not earn more than $ 20-40 a month.

Mr. Muñoz said that a photo is good when it tells a story – and I think this one does.

What do you think about this picture? I would be happy to hear your opinion about my photos in the comments! 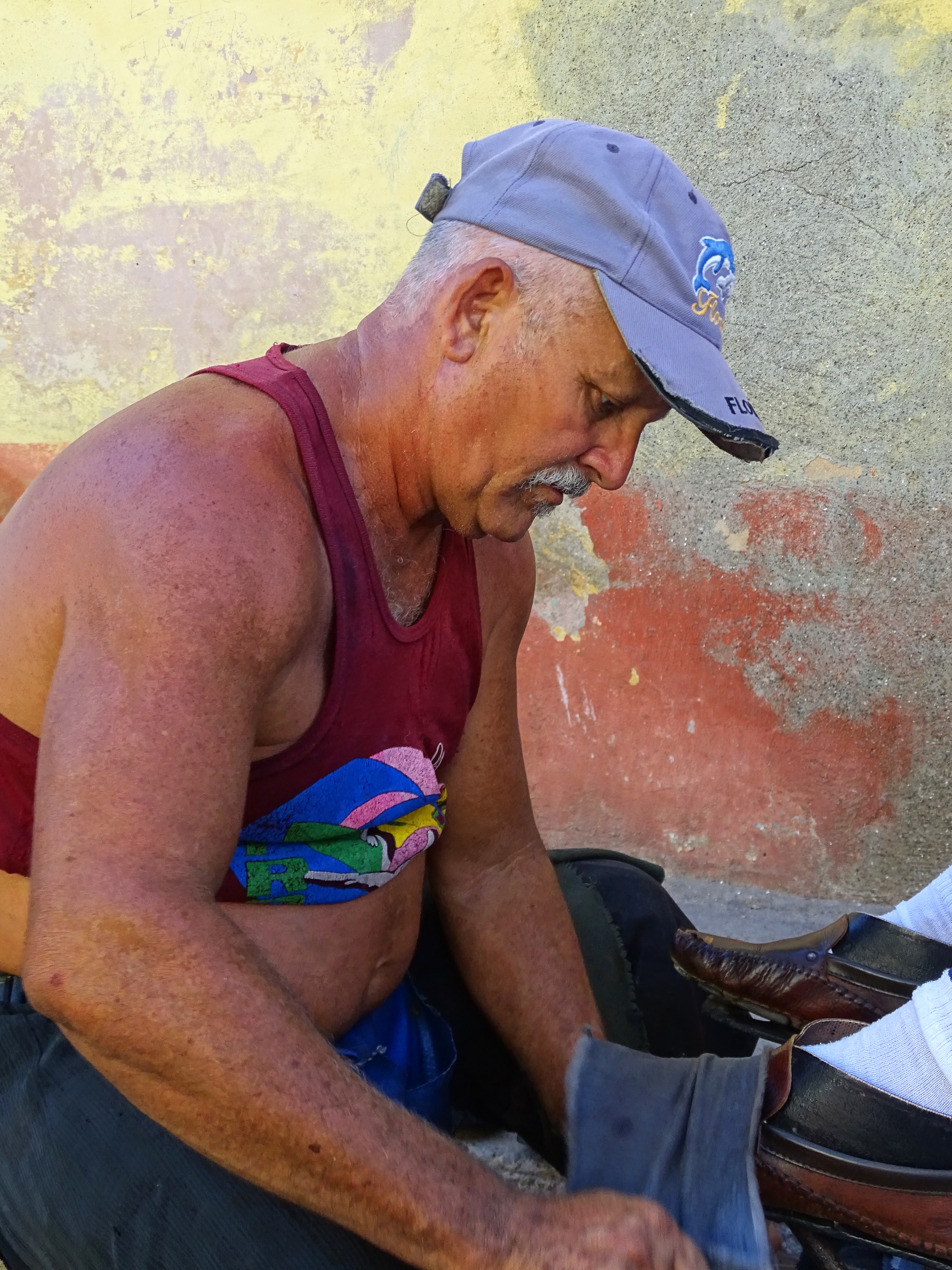 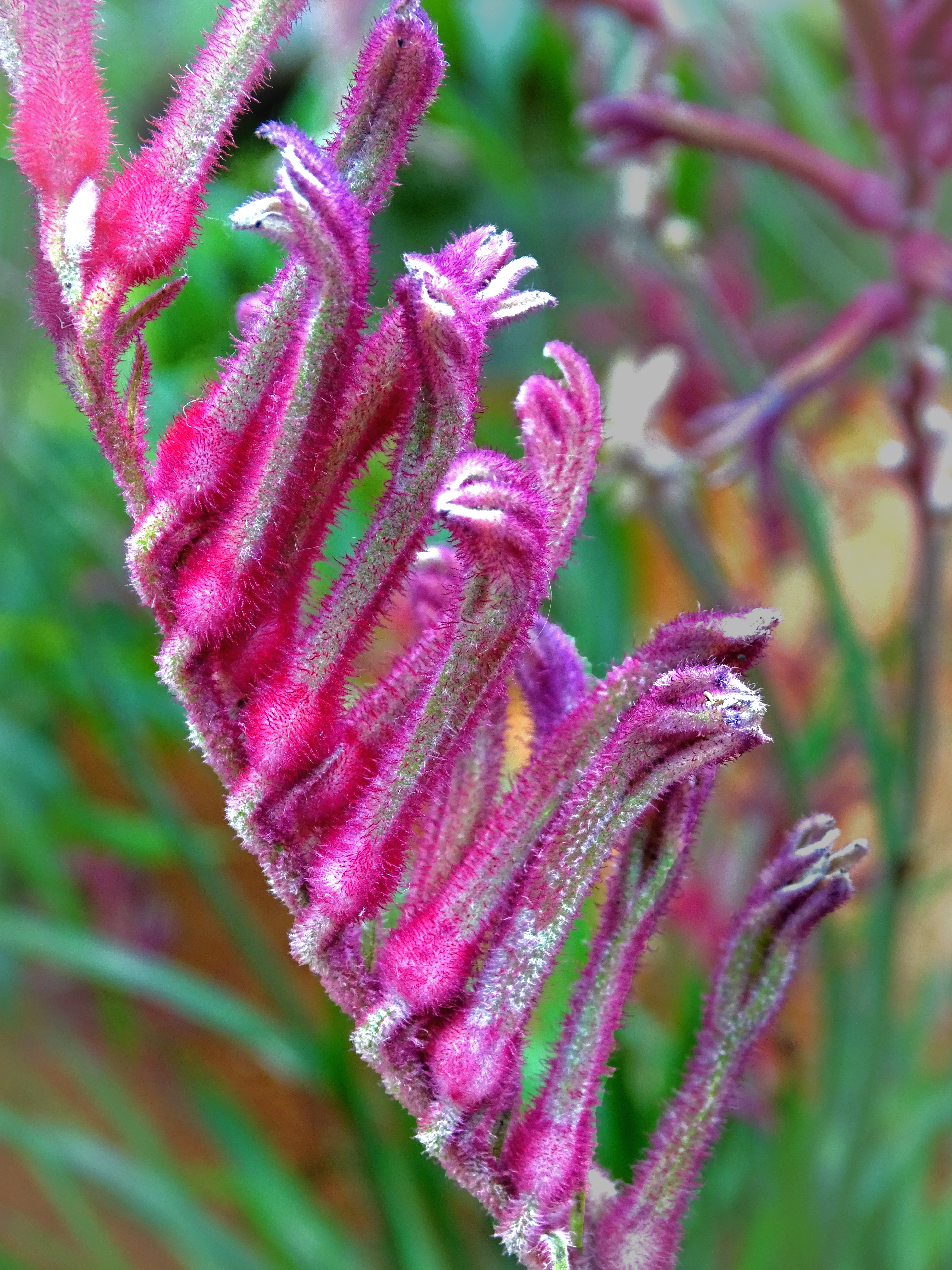 This is another picture I took in the zoo “Wilhelma” in Stuttgart.

I like taking macro photos of flowers a lot, especially when it is an exotic or extraordinary flower like this one.

Taking macro photos with my sony bridge camera is pretty easy. I just use the automatic mode because there are no special settings necessary to create a picture like this. Sometimes I also use the aperture mode for this kind of pictures with the biggest aperture of f2.8. But the result is about the same as in automatic mode. You just have to make sure that there is enough light. Afterwards I intensified the colors on photoshop a bit and that’s it!